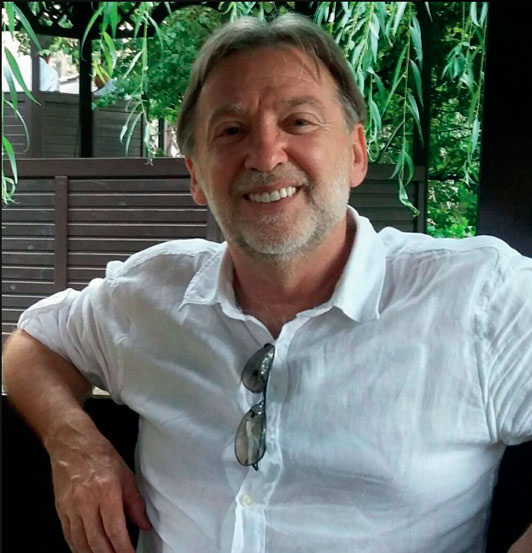 Serhei Yunakov, the Honoured Architect of Ukraine, the State Prize Winner, an Associate Member of Ukrainian Academy of Architecture, a lecturer and an architect with more than 30 years of experience.

YUNAKOV Company, established in 1991, is the leader of Ukrainian market.

Among immense amount of company’s projects there is especially «delicious» one — Roshen confectionery factory in city of Vinnytsia. Factory’s façade built during the Soviet era, reminds huge chocolate bar after reconstruction, and the territory around «the chocolate bar» became a city park — beloved recreation zone of the city dwellers.
— We always say that any product of our company is the result of the teamwork. The main innovation of Roshen factory reconstruction was complicated design of the building’s façade. Organized chaos of windows and stained-glass windows was especially good at underlining the architecture of the complex. Owing to Eclipse participation in this project, on the one hand, an interesting nuance was introduced into the design of the building, on the other hand, free layout of the premises in the whole site was provided.

By : Katya
Comments : Off